More news about the theme and jury for this year, as well as the details for the open call will be announced this spring.

We are proud to collaborate  with  profesional video artists and filmakers for each edition of the festival. They are the core of every festival since is throug the selection and vision that the festival is presented in the streets.

The jury apoints the10 best films to be screened at public spaces and the winner of the Jury Award of 15,000 Danish Krone.

The Audience Award of 8,000 Danish Krone is selected an on line votation.

The ultra-short story with its format of one minute without sound, opens up a dialogue with the viewer and gives artists the opportunity to show films in public spaces where both the locals and the city’s visitors get busy with the business of living and exploring. 60Seconds Festival experiments with manifold possibilities for urban projections during the dark winter months - embraced and enhanced by the vibrant city of Copenhagen.

60seconds is a Short Film Festival showcasing 10 shortlisted films in urban spaces in and around Copenhagen. It is the only one of its kind, where silent, 60 second films and their projections in an urban setting are an integral part of the festival’s concept.

The concept of 60Seconds Festival is unchanging and stays true to its original format.

All films are subject to a theme. They cannot be longer than 60 seconds, and must be without sound.

Participating artists are challenged to find creative, new ways to create their works.

All films entering the competition must relate to the theme chosen for that given year.

The 10 films shown during 60Seconds Festival will be voted in by a professional jury of artists and film directors in the panel for that year.

The 10 best one-minute films are shortlisted out of approximately 140 submissions from all around the world, and gives form to the composition of film material presented to an urban audience during the festival week, setting the tone for that year's festival.

The film winning the Jury Award is chosen by the jury panel.

The jury will also appoint the films that will participate in the Audience Award.

The films will be screened via the 60Seconds Festival website and put to public vote.

60Seconds Festival is an international competition, inviting the participation of filmmakers and film enthusiasts from Denmark as well as abroad.

One of the festival's goals is to find new talents and offer them a platform to share their artwork with a wider audience. 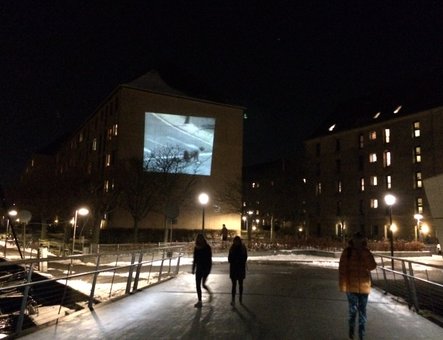 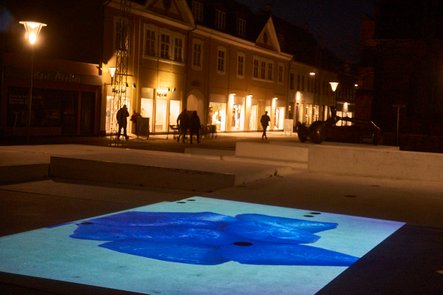 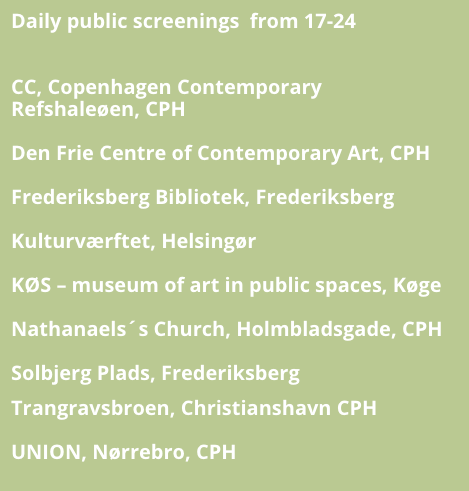